Webinar on “Union Budget 2022-23: What does it Offer for Social Sectors, Dalits and Adivasis” 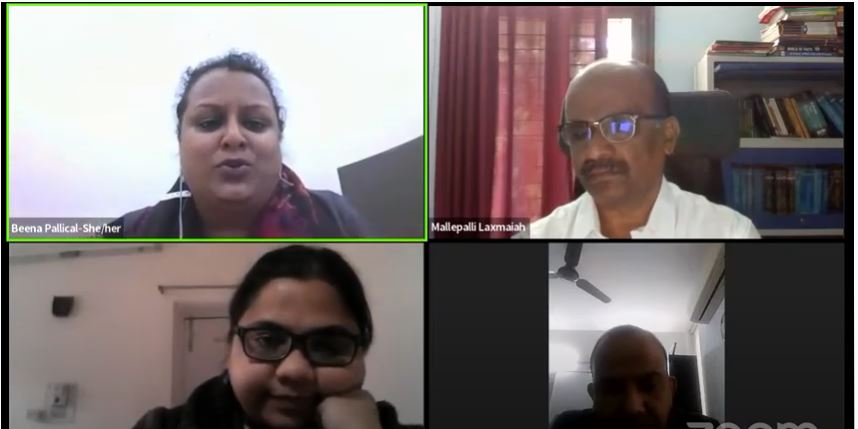 The budget of the Union Government has been presented. Responses, Criticism were poured from across the country. The analysis of neutral analysts and economists are not much cared by anyone. Fifteen days have already passed. And after that everyone forgets. Then again next financial year budget will be presented and it’s been the same every year. Governments would be least worried about the criticism they received or the analysis made by the experts. Most importantly the allocations or the expenditures for the most marginalized people of the society, Scheduled Castes and Scheduled Tribes are not even noticed by few of experts and analysts.

This year, as every year, the government has made allocations as usual. In fact, it is understandable that governments are not sincere about these allocations.

In some ministries, SCs and STs are allocated along with general population. But there is no proper data on calculations and who will benefit with the allocations. This indicates the allocations are made only for the namesake.

Finance Minister Nirmala Sitharaman said the budget was unique. She said it was a budget that would pave the way for the coming centenarian India. Development of SCs and STs was also announced as one of them. But in practice, there are no specialties in budget allocations. The names of SCs and STs were included only for fear of criticism.

There is a need of the experts and analysts to look after this most concerning issue and make an audible noise to the Union Governments to fulfill the requirements of Social sectors and Dalit, Adivasi communities.

The webinar was having panelists from various places across India expertise in economics and budget as well.